In the hustle of one of the UK’s most vibrant and creative cities, it’s not often you find a staple of peace and tranquillity. Yet, with inspiration founded from an astute environmental awareness and a diverse surrounding, Comme Je Veux is a fundamental existence in Manchester’s metropolis.

A lack of knowledge and general consciousness of the impacts of fast fashion on the environment fused the creation of  Comme Je Veux, with an ambition to educate people to make a change while preserving the planet for future generations.

Two collections in, with no thoughts of slowing down, the message is beginning to spread.

“The influence of fast fashion on the environment is probably one of the most detrimental out there, and we feel that the education and awareness of this is not expressed well enough by high street retailers.”

“It’s not necessary to buy a new outfit every week that you will never wear again, so why do these brands push this mentality? Money is the motive, but money won’t be worth much when the world that we know and love is twisted and deformed due to this desire for cash.”

Comme Je Veux backs the strong environmental stance by ensuring their products are manufactured using organic cotton, while continually analysing their impact on the planet ahead of new releases.

The recent ‘Triple R Tee’ encompasses all the attitudes the brand holds. Embedding a common English phrase, ‘reuse, reduce, recycle’, into fashion serves as a constant reminder to be green.

Yet, there’s further influence on the brand, aside from a strong connection with the planet.

A motto stating: “Born from the marriage of the Parisian arts & Manchester street style” defines everything.

“Manchester is the first place really as a child I explored, which obviously played a key part in developing a creative outlook on life,” Henry said “Paris was the first foreign cities I visited. The art blew me away, and with French being a language I learnt from an early age and was passionate about, trips to the capital now become more and more frequent.” 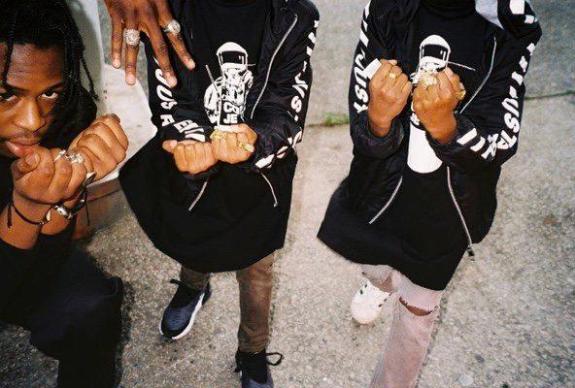 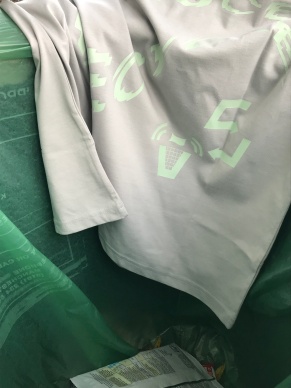 Manchester’s scene plays a huge part on the brand, and while hints of the Parisian flair can be seen rooted in the creative vision, it’s the UK’s city the shapes the brand.

A family-like atmosphere, developed through superb networking and a general passion for the culture, has allowed those at Comme Je Veux to gain a standpoint ahead of their current development.

Advice, that is better described as friendship, from Mason Collective and AK, one of the key figures behind Gramm, has given Comme Je Veux the perfect platform to thrive.

“The Manchester creative scene is honestly on another level. The friendliness and almost family-like atmosphere created is overwhelming. It’s very much a case of people looking to help you out wherever they can.

“Mason Collective were the first to introduce us to the scene, creating a platform for us to build upon and AK over at Gramm is putting Manchester on the map, and the advice he’s given us has been incredibly useful, so he’s another creative we have to praise for that.

“Manchester is really putting out mad content now and everyone should have their eyes on us as a city.”

Collaborating with Gramm is something Comme Je Veux seem keen to do, and the potential to bring the culture together is huge. Gramm the leader of Manchester’s scene, and Comme Je Veux the guardians of the environment.

Yet, that’s a future ambition, along with a dream collaboration with Carhartt or Patagonia, two huge brands that share similar mentalities to Comme Je Veux. For now, the label continues to experiment.

“Creating the ‘Trump Tee‘ and within the Close to Home collection, we were aiming to showcase to people what we as a brand stood for, and we aren’t with Trump on any of his actions.

“Fashion and politics is always a tricky subject because you can put off or defer customers, but if done right it can help create a brand people want to support and buy into and follow your views.

And, Comme Je Veux continue to focus on pushing boundaries, telling Wear? Magazine that there is a lot in their locker in terms of products and concepts, including jewellery.

Yet, it’s all part of a plan and the brand are keeping their cards close to their chest. They leave with two simple words: “Stay tuned.”

This site uses Akismet to reduce spam. Learn how your comment data is processed.

CRTZ taking over Australia 🇦🇺🌏
The @guistexoriginal parties return 💎🔥
The Drama Tapes.
If you don’t know… @ida.supply
When the exclusives drop at a pop up only 🥵
Taking over Manchester, streets are hot 🙏
Jumping online with the squad in that new Soho Yacht Club.
Run a streetwear pop up with @_animaanimus 🟣🔥
May as well show off some OG @crtz.rtw whilst we Reels everyday 💤🔥 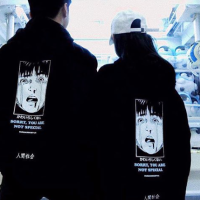